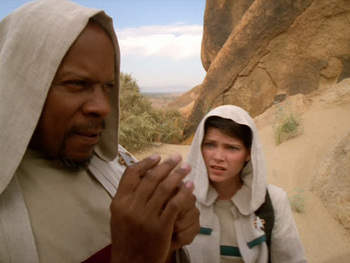 The Sisko receives a vision about the upcoming Baseball Episode.

Sisko, Jake, Ezri and Grandpa Sisko head off to find the Orb of the Emissary. While Worf is joined by Quark, Julian and O'Brien in taking out a Dominion shipyard and getting Jadzia into Sto-Vo-Kor; and Kira has to deal with a Romulan military installation in Bajoran space.