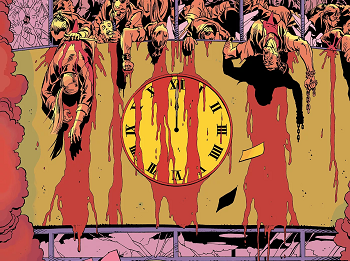 I WILL GIVE YOU BODIES BEYOND YOUR WILDEST IMAGININGS.
Watchmen helped redefine the comic book and lead the medium into a darker era. How? Large amounts of Nightmare Fuel. Alan Moore really is the master of this sort of thing.
Advertisement: