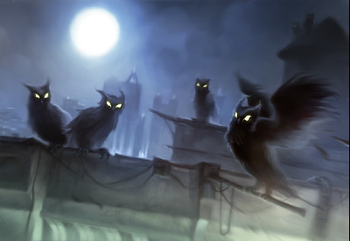 Meet the Strix. The ones even vampires fear.