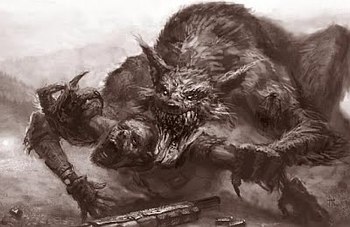 Talk about a painful way to go...
The Werewolf take on the New World of Darkness may even be more of a Crapsack World than normal...