Nightmare Fuel / The Fox and the Hound 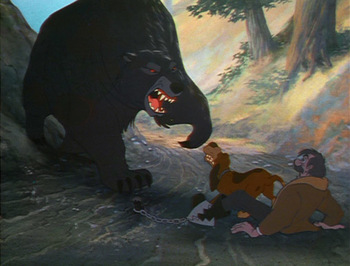 Nothing can do Death Glares like furious animals.
From the Disney film
Advertisement: