Awesome / The Fox and the Hound 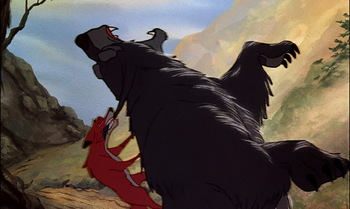 Friendship: it saves you from getting killed by a bear!
Advertisement: