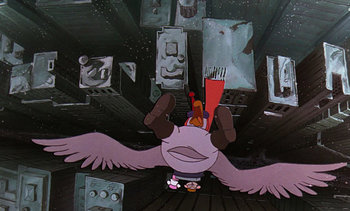 Sure, it looks bad now...at least until he actually starts flapping his wings.