Tear Jerker / The Fox and the Hound

Per wiki policy, moments pages are Spoilers Off. You Have Been Warned. 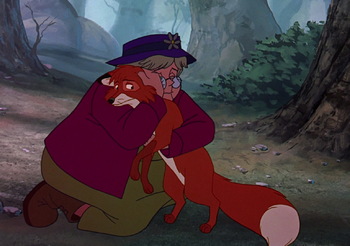 "Goodbye" may seem forever. "Farewell" is like the end. But in my heart is a memory, and there you'll always be.
Advertisement:
open/close all folders
The novel
The Disney movie