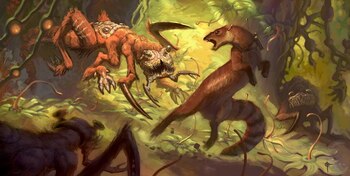 Some things really are better left untouched...at all.
Advertisement:

It's Nightmare Fuel, Up to Eleven.