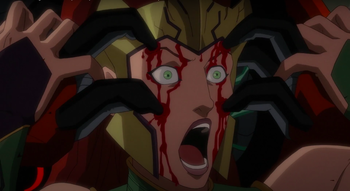 The whole film is this gory.
Advertisement:

With heroes suffering truly horrifying deaths like the page image, Darkseid is back to torment the heroes once more.