Music / thank u, next 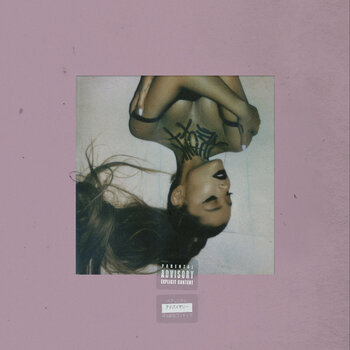 thank u, next is a 2019 album from singer Ariana Grande, as well as the title track from the album.

thank u, next was in the works two months after Sweetener, and was released just a mere 6 months later as she was getting tired of the usual release and promotional strategy of pop music. During that time period, Grande's ex-boyfriend and friend Mac Miller died due to an accidental drug overdose, and her engagement with comedian Pete Davidson ended. Grande channeled her pain and grief into the album's music and lyrics, working with her usual collaborators Victoria Monét, Max Martin, and Ilya Salmanzadeh. The album's title track "thank u, next", would be the first single and would about Grande being grateful for her previous relationships and lessons learned, before moving on. The single would be Grande's first number one single in America and the album would garner critical and commercial acclaim and would be considered Grande's signature work.

The album was supported by three singles, "thank u, next" (the Title Track), "7 rings", and "break up with your girlfriend, i'm bored".

This album contains the following tropes: