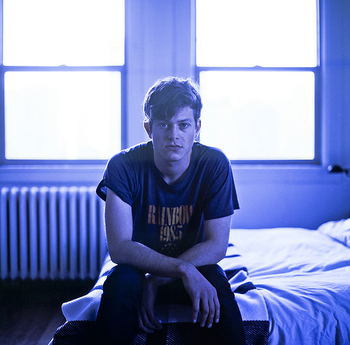 Michael Hadreas (born September 25, 1981), aka Perfume Genius, is an American Baroque Pop artist. Having to live through things like abuse and addiction, Mike created some songs as therapy. He originally felt that he was a bad singer, but decided that he had something to say, and it didn’t matter how his voice sounded. Mike came up with Perfume Genius because of a friend’s comment about a bad movie they were watching: "This guy thinks he is some kind of fucking Perfume Genius. Look at this fucking Perfume Genius, what is he going to do next." He eventually released Learning, where the songs are in chronological order (that is, the first song was created first, and so on…) While Mike has gotten critical success, he’s still obscure.

Set My Tropes on Fire Immediately: