Music / Only A Lad 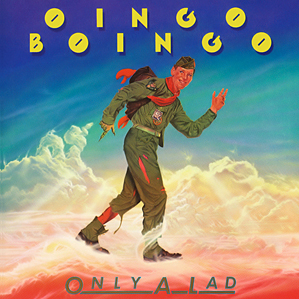 Only A Lad is the debut album of New-Wave/Ska-Punk band, Oingo Boingo. Released in 1981, the album features a bunch of topics such as living in a Dystopian world (Perfect System), being pro-capitalist (Capitalism) and other topics. It also features a cover of The Kinks "You Really Got Me".