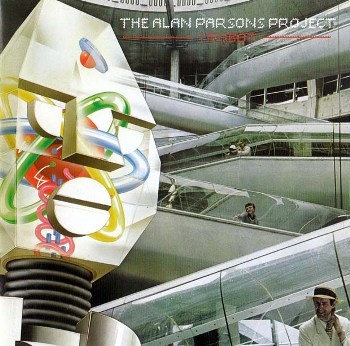 I don't care what you do, I wouldn't want to be like you.
"The story of the rise of the machine and the decline of man, which paradoxically coincided with his discovery of the wheel... and a warning that his brief dominance of this planet will probably end, because man tried to create robot in his own image."
— The liner notes
Advertisement:

I Robot is a 1977 album by The Alan Parsons Project, the second album in their catalogue. As implied by the title it's loosely inspired by the Science Fiction novels I, Robot by Isaac Asimov. The band also spoke with the author, who was enthusiastic about the idea, but since the rights of the story had been granted to a TV/film company all to direct references to the novels were eventually removed from the album, including the title which was subtly changed from I, Robot to I Robot.

The album is best remembered for the epic instrumental track "I Robot" and the songs "Breakdown", "Some Other Time", "Don't Let It Show" and "I Wouldn't Want To Be Like You".