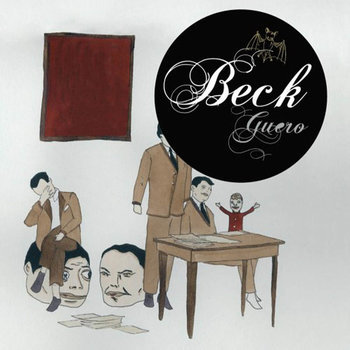 It's a little too much to ask of faith. It's a little too late to wait for fate. So tell the angels what you seen, scarecrow shadow on the Nazarene.
Guero is the sixth official albumnote among much "unofficial" stuff by Alternative Indie Singer-Songwriter Beck. Less a New Sound Album than an ambitious blend of things he had done before, it mixes the anything goes hiphop experimentation of Odelay with the Brazilian/tropical influences of Mutations, with a little of the low-key balladry of Sea Change. Guero is Beck's highest-charting album in the US, opening at #2 on the Billboard chart.

Something always tropes the place of missing pieces: