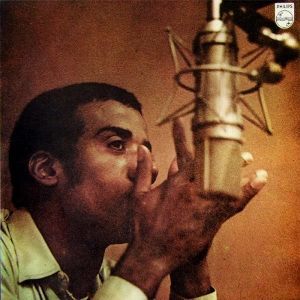 "Está chovendo e a chuva vai molhar alguém"note  "It's raining and the rain will wet someone"
Advertisement:

His second album with Trio Mocotó, a samba band that had backed Jorge on his previous self-titled record, Jorge experimented with moodier, more groove-oriented arrangements while experimenting with musical techniques from soul and funk music. With Ben's lyricism focusing more on Brazilian identity, melancholy, the nature of modernity and politics. The latter of which influencing the title of this record, having been made while Brazil was in political upheaval due to a prior coup d'etat.

A commercial and critical success, Fôrça Bruta established Ben as a notable artist in Brazil's Tropicália

movement and pioneered a fusion genre that would later be referred to as samba rock. In 2007, Rolling Stone Brasil named it the 61st greatest Brazilian music record.