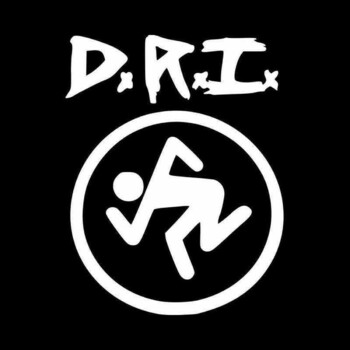 Formed in Houston, Texas in 1982, the Dirty Rotten Imbeciles (D.R.I. for short) started from the remains of the hardcore band Suburbanites with Kurt Brecht on vocals, Spike Cassidy on guitar, Eric Brecht on drums, and Dennis Johnson on bass. Although the positions of bassist and drummer in the band would change, Kurt and Spike have remained in their positions since the beginning.

The band has a very dedicated fanbase, despite Beavis and Butt-Head reviewing "Acid Rain" being about as much 'mainstream' attention as they got, and are probably best known as the Trope Namer and Trope Codifier of Crossover Thrash, and is a Trope Maker in the genre, along with Suicidal Tendencies, Stormtroopers of Death, The Cro-Mags, and many others.