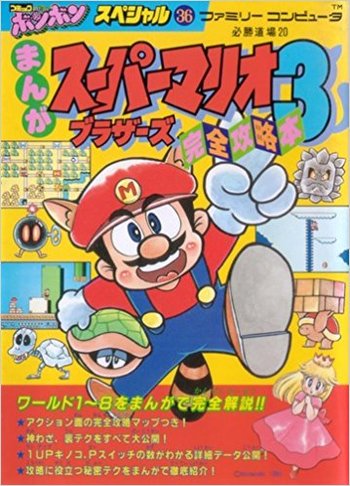 Super Mario is a Super Mario Bros. manga by Kazuki Motoyama. It was released between 1988 and 1999 in Kodansha's Comic BomBom and Deluxe BomBom magazines. The manga wasn't published under one title, instead changing its title depending on the game being adapted. It is known as the Super Mario manga or KC Mario manga by fans.

Each manga adapts a Super Mario Bros. comic, ranging from main games like Super Mario World to spinoffs like Yoshi's Story and Wario's Woods. The manga has never been released outside of Japan.

has a series of videos summarizing various volumes of the manga.