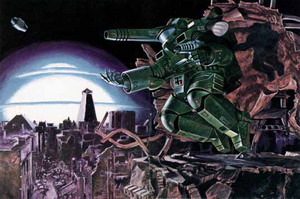 "The Knights of the Round Table were not armored as well as we are..."
Advertisement:

No relation to Starship Troopers: Invasion, other than both being made by Japanese studios and based on the same source material.

Tropes seen in this version: