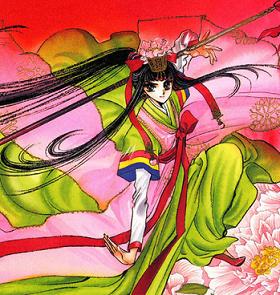 A manga retelling of a traditional Korean legend about a spirited young girl named Chun-Hyang who is rebelling against a tyrannical warlord who oversees her village. However, despite her abilities, there is no hope of freedom unless the Amenosa, a secret Korean government official, finds that the warlord is abusing his power. Accepting the help of a handsome, if lecherous, young man by the name of Mong Ryong, she goes to free both her home and mother Wall Mae, who was taken by the warlord for his own base desires...

Only one volume, CLAMP has said the story is not completed, and that they would like to continue it sometime in the future.