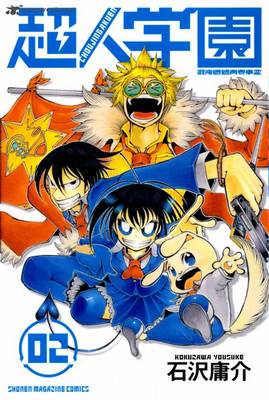 Meet Adam Shinjou, a very nice and insightful kid who just happens to attract supernatural occurrences. Wherever he goes something bad tends to happen to things around him- so much so that he's been forced to travel on his own. One day while seeking shelter from a storm in a supposedly abandoned mansion, he meets a little demon girl name Oska L Duke who has been stuck in the house for years. The two quickly becomes friends and, after an incident involving monster hunting nuns, decide that if the world won't accept them, they'll make a school for the supernatural kinds.

This however starts drawing the attention of other monster hunters as well which no doubt will bring Adam and Oska into conflict. Though with an ever increasing group of allies/staff, they may just pull off their dream yet.