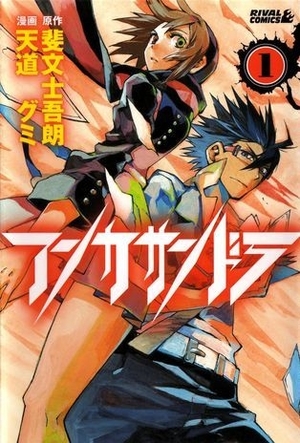 Ann Cassandra, also known as UnCassandra, is a short manga about the struggle to defy fate. Bekku Nanaki has just moved to Tokyo from her rural hometown. One day, a boy called Banjou Kizaki saves her from a falling billboard. The next day, she discovers that they are classmates, and that he has a reputation for being involved in various accidents and all sorts of trouble.

When he drops his notebook, she discovers the reason why he gets into so much trouble in the first place is because he has been making sure that the horrible deaths resulting from the accidents don't happen, due to his notebook giving him predictions about the various disasters. Bekku, at first, refuses to believe him, even going so far as to throw the notebook into a canal, but over time comes over to his side. Together, they work to break fate. But a mysterious man, Makita Eitarou, wants to stop them, as he believes that fate should be absolute...