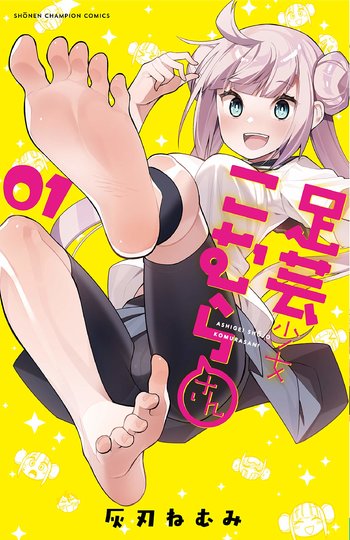 Ashigei Shoujo Komura-san ("Foot Artist Girl Komura-san") is a manga by Nemumi Haiba, which was serialized in Weekly Shonen Champion from December 2018 to February 2020 for 57 chapters.
Advertisement:

High school student Tsukinaga meets a flexible girl one day when she was opening her shoes locker with her feet. Afterwards, after a mishap, Tsukinaga must now marry the girl who comes from a long line of acrobats.