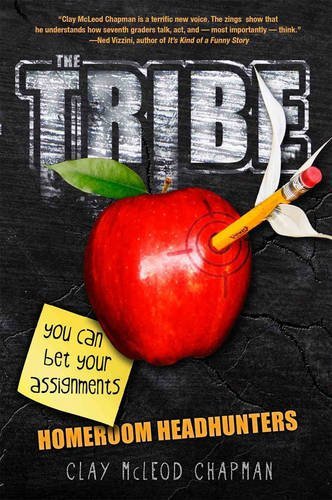 The Tribe is a book series by Clay McLeod Chapman.

Spencer Pendleton is just your average Middle School kid. He attends class, he's hassled by bullies, and he always has a comeback line whenever he's in trouble.

When he starts class at Greenfield Middle School, however, his life takes a VERY unusual turn. He starts noticing eyes in the ceiling. Strange graffiti all over the school. And he feels like he's being watched.

Soon, he discovers why this is. As it turns out, there's a tribe of former Greenfield Middle School students living in the building. Made up of misfits and outsiders who decided they've had enough of the academic jungle, they ran away and formed their own society in the dark corners of the school. They've taken notice of Spencer, and decided they want him to join their group.

The series has three books.

The Tribe contains examples of: