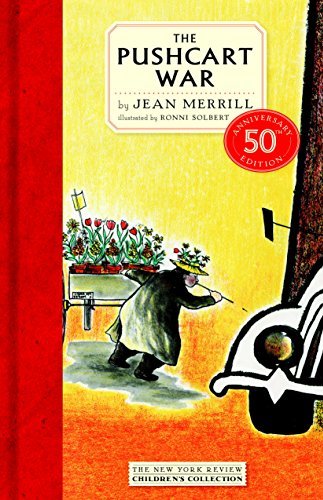 A satirical Young Adult novel, told in the style of a Faux Documentary, by Jean Merrill, about the "war" between trucking companies who want the streets of New York City to themselves, and the pushcart owners, who come up with a plan to shoot the trucks' tires with peashooters, proving who is really destroying traffic. Hilarity, involving a botched photography contest, a tax on tacks, a mediocre student in secretarial school, gangs of children, a bulletproof Italian car and a movie star named Wenda Gambling, ensues.