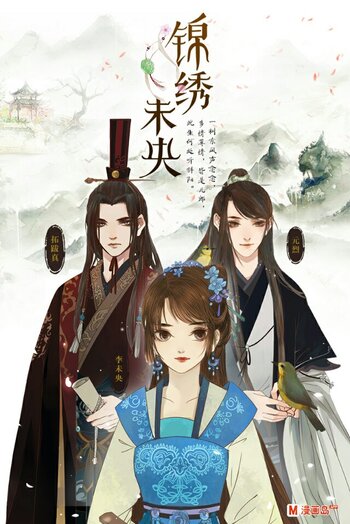 The Princess Wei Yang (original title either 锦绣未央, Jǐn Xiù Wèi Yāng, or 庶女有毒, Shù Nǚ Yǒu Dú; also called "Beautiful Wei Yang", "The Poisonous Daughter", or "The Concubine's Daughter is Poisonous") is a Chinese novel by Qin Jian. The Princess Wei Young is a very loose adaptation. The novel has also been adapted into a manhua.

Wei Yang goes from being a young lady from the prime minister's family to being the empress. But then her husband falls in love with her stepsister, deposes Wei Yang as Empress, and forces her to commit suicide. Wei Yang wakes up years in the past, before she met the emperor, and decides to change her future.

An English translation of chapters 1-31 is available here

. The rest of the chapters are being translated here