Literature / The Prisoner of Heaven 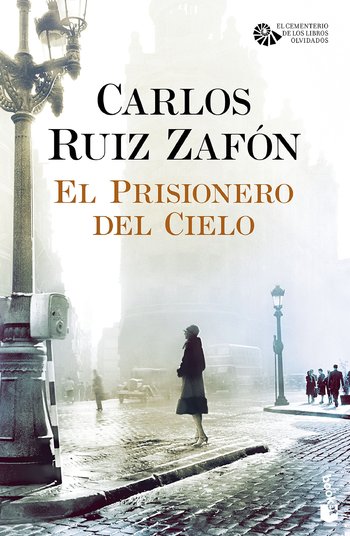 After the events of The Shadow of the Wind, Daniel Sempere has settled into married life with Bea Aguilar and their son Julián is about to turn one. One bad day, however, a mysterious old man named Sebastián Salgado comes to leave Fermín a note from their past together in a fancy edition of The Count Of Montecristo. In the inevitable flashbacks, Fermín reveals what really transpired in all those years he was a prisoner of the Francoist order: his stay in the Montjuic Castle prison, his relationship with Salgado and the schizophrenic novelist David Martín, and his true role towards the Sempere family. Daniel will discover a nasty secret involving the mysterious former Minister of Culture Mauricio Valls and the death of his own mother.

The novel, part of the tetralogy The Cemetery of Forgotten Books, is basically a large, rewriting flashback by Fermín and a tie-in for the next and last book of the trilogy, breaking Zafón's tradition of writing books that could be read as self-contained stories. It was followed by The Labyrinth of Spirits.