Literature / The Forest of Hands and Teeth 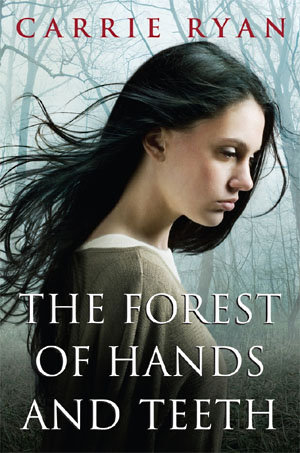 In Mary's world, there are simple truths. You must always mind the fence that surrounds the village. The fence that protects the village from the Forest of Hands and Teeth. But slowly, Mary's truths are failing her. She's learning things she never wanted to know about the Sisterhood and its secrets, and the Guardians and their power. And, when the fence is breached and her world is thrown into chaos, about the Unconsecrated and their relentlessness.

The Forest of Hands and Teeth is a 2009 YA, post-apocalypse novel by Carrie Ryan. It has two sequels The Dead-Tossed Waves (2010) and The Dark and Hollow Places (2011).