Literature / The Boy Who Couldn't Sleep and Never Had To 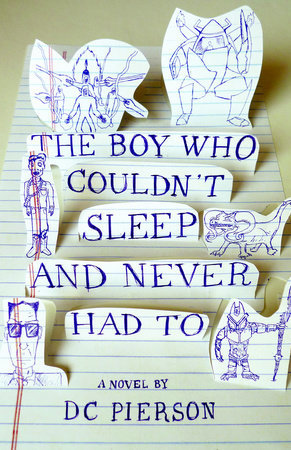 The Boy Who Couldn't Sleep and Never Had To is a 2010 novel by DC Pierson (of Derrick Comedy fame), told from the perspective of nerdy high school student Darren, who privately writes a Troperiffic sci-fi epic in his spare time, and his even nerdier friend, Eric, who joins in. One day, Eric discloses to Darren that he is physically incapable of sleeping, and that he never experiences fatigue.

Despite the single fantastical science fiction element (the eponymous Eric) and the over-the-top sci-fi universe the boys devise, most of the book is more Lit Fic about being a nerdy boy growing up in high school in the style of J. D. Salinger, and it isn't until the last four chapters of the book that the speculative fiction takes the narrative wheel.

The Boy Who Couldn't Sleep and Never Had To provides examples of the following tropes: