Literature / Children of the Nameless 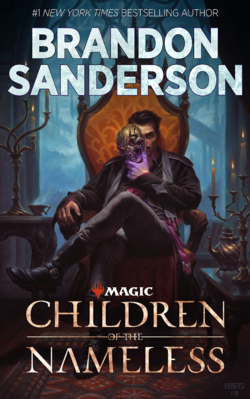 Since the day she was born, Tacenda has been both blessed and cursed. When her protective spell fails in the night and her Kessig village is attacked, she seeks revenge against whom she believes responsible: the demon-consorting Lord of the Manor, Davriel Cane.

Children of the Nameless is a Magic: The Gathering novella set on Innistrad, written by Brandon Sanderson, and available for free download on the Magic website.