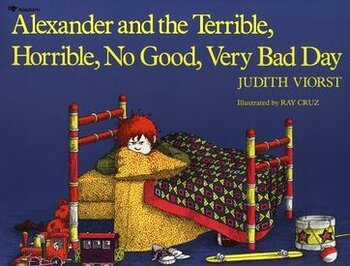 Alexander and the Terrible, Horrible, No Good, Very Bad Day is a 1972 children's book written by Judith Viorst and illustrated by Ray Cruz.

Alexander is having a terrible day. It starts when he wakes up with gum in his hair, and it just gets worse. The whole day, nothing seems to go right for Alexander.

The book has been adapted into an animated television special in 1990, two live-action short films, and an Adaptation Expansion live-action film.