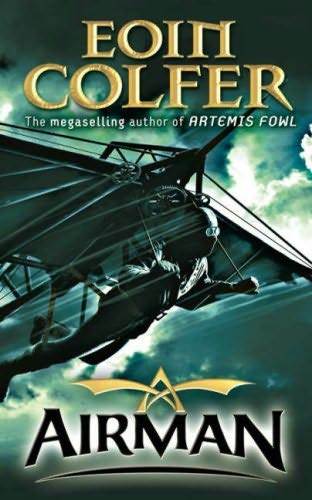 Conor Broekhart lives with his family on the Saltee Islands off the coast of Ireland, the time period being the late 19th century. The islands are independent, ruled over by the benevolent King Nicholas, an old friend of Conor's parents. Conor's childhood is spent both playing around the island with the princess, Isabella, and studying with the Frenchman Victor Vigny, from whom he learns all about flight, swordplay, and other fun things.

Everything changes the day he discovers a plot to overthrow the king. This leads to him getting framed as a traitor by the would-be usurper and thrown into the prison mines of Little Saltee, where the only way off the island is by flight. Conor, only fourteen years old at the time, must call upon all of his training and wits to somehow escape, all the while trying to survive prison.