Literature / A Tale Etched In Blood And Hard Black Pencil 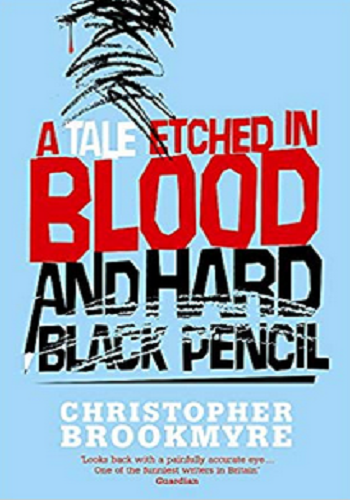 A Tale Etched in Blood and Hard Black Pencil (2006) is Christopher Brookmyre's 10th novel, concerning a Class Reunion under some rather idiosyncratic circumstances. D Supt Karen Gillespie takes over the investigation of what appears to be a severely bungled double murder committed by two of her former classmates - James "Noodsy" Doon, who has roped in corporate lawyer and fellow alumnus Martin Jackson as his counsel, and Robbie "Turbo" Turner only to discover that the two charred corpses belonged to fellow schoolyard chum, Colin Temple, and Turbo's father, local hardman Johnny Turner.

From then on, the action switches back and forth between their time at school and the case, the true nature of their personalities and the trials and tribulations unfolding in a bitter, acerbic tandem.