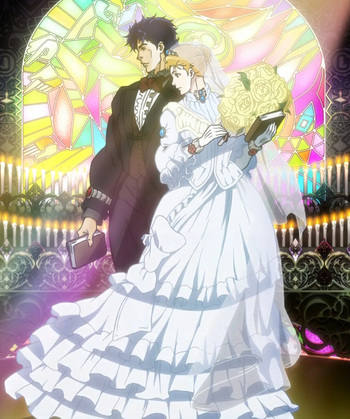 One of the purest couples in this series.
Phantom Blood's protagonist is literally a gentleman. So, there has to be moments like this, despite all the bloodshed and despair.
Advertisement: