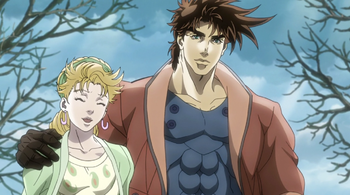 They're absolute dorks, and we love them for it.
Just because Battle Tendency became more Denser and Wackier than the previous part, it doesn't mean that it sacrificed its heart!