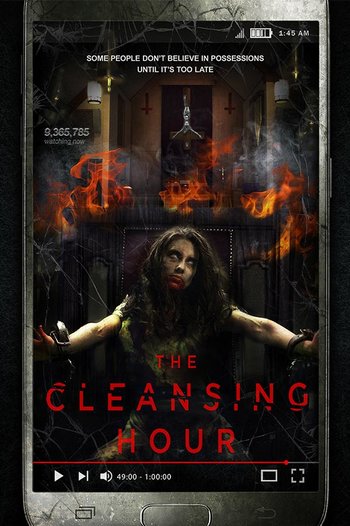 The Cleansing Hour is a 2020 Shudder Original.

Long time friends and entrepreneurs Max and Drew have a webcast show, the titular Cleansing Hour, where they perform fake exorcisms while millions of viewers across the world watch. But one night, they bite off more than they can chew, and catch the attention of a real demon who wants Max to confess his sins.