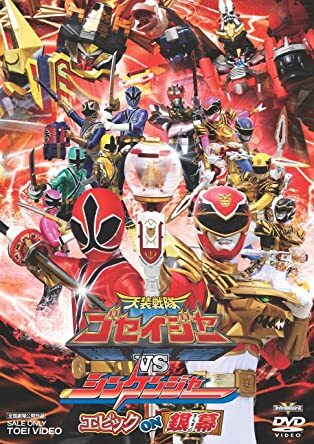 Join the power of Miracles with the Mojikara!
Advertisement:

A year after the ultimate defeat of Doukoku Chimatsuri the Sanzu River's activities resume and the Gedoshū emerge with it, now led by the nefarious Buredoran who plots to continue Doukoku's plans as his successor, worse is that he takes Takeru Shiba and brainwashes him into his loyal servant to further his goals. Only the unison of Goseigers and Shinkengers can put a stop to the Gedoshū and Buredoran's nefarious plot!