Film / Hard to Get 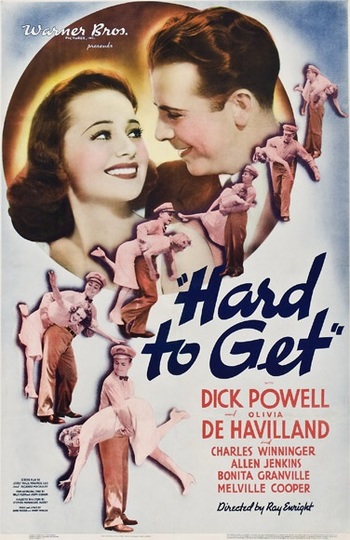 Hard to Get is a 1938 American romantic comedy film directed by Ray Enright and starring Dick Powell and Olivia de Havilland.

Margaret (de Havilland) is a spoiled young heiress who tries to charge some gasoline at an auto court and is forced by the attendant (Powell) to work out her bill by making beds and cleaning rooms. Resolving to get even, she pretends to have forgiven him, and then sends him to her father to get financing for a business plan he has, knowing he will only be wasting his time. Of course, she doesn't count on hilarity and complications ensuing.