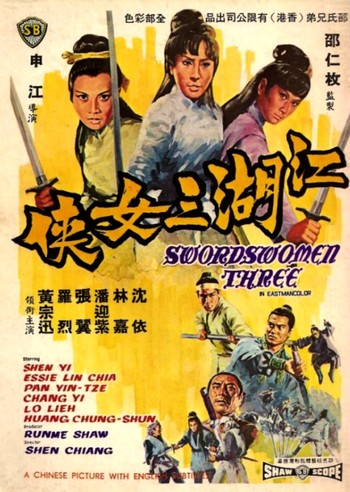 I repeat, this is NOT the third installment of a trilogy. Despite what the title claims.
Advertisement:

The leading clan of the martial arts world, the Han family, is known for their Master's invincible super-sword, the Mighty Steel Sword, guarded by Master Han and his daughters, the three Han sisters. Two swordsmen of different allegiances, Xu Jin-wu (Chang Yi) and Chu Tien-hsiang (Lo Lieh) are both competing for the affection of the eldest sister, Han Lan-mei, and while the former genuinely pins for Lan-mei, the latter only thirsts for power and desires to get his hands on the Mighty Steel Sword at all costs.