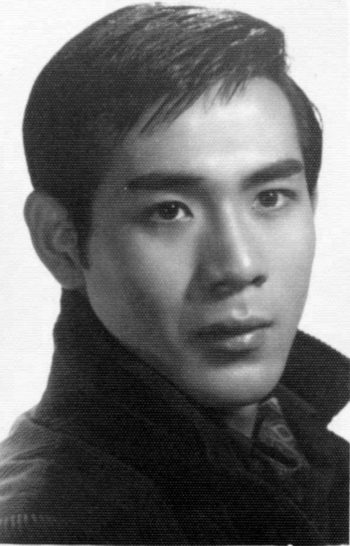 You must be at least this handsome to become friends with Jimmy Wang-yu.
Advertisement:

Born in a family of circus acrobats, ever since a child Chang was trained in martial arts and performing death-defying stunts. As one of the studio's earliest stars, Chang was spotted by Shaw Brothers' talent scouts while performing in a Peking Opera at his early 20s.

Making his film debut with The Thundering Sword, Chang was later typecast as swordsmen in various historical period pieces, showing up alongside Jimmy Wang Yu, a leading megastar of the studios at that time known for the One-Armed Swordsman movies. Incidentally, Chang and Jimmy's first onscreen collaboration is actually the crossover film, Zatoichi Meets the One-Armed Swordsman.

Later on in his career in the 1980s, following Jimmy who had already jumped ship from Shaw Brothers, Chang Yi would instead drop his image as a heroic swordsman and show up as villains instead. Here's a compilation of Chang's memorable villainous roles

Chang is also a director and fight choreographer, mostly from some of his own films from the 80s and 90s.

As of 2020, Chang is retired and currently resides in Vancouver, Canada.