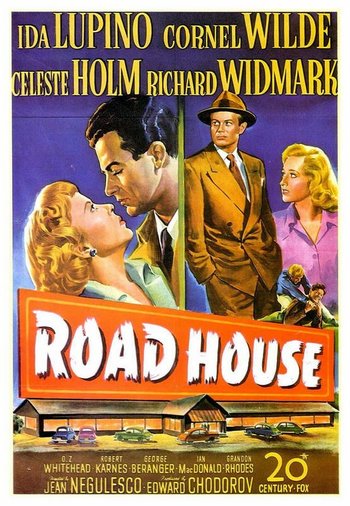 Jefty Robinson (Widmark) hires a new singer for his rural road house, Lily Stevens (Lupino), much to the chagrin of his best friend, Pete Morgan (Wilde). Jefty has a tendency to hire girls from the big city and then dump them in a few weeks' time, but Lily is different.

At first, Pete and Lily strongly dislike each other, but they soon warm up to each other and eventually fall in love while Jefty is away from town. The problem, however, is that Jefty thinks that he can marry Lily even if she’s clearly not interested. Coming back with a marriage licence in hand, Jefty starts to slowly turn from cocky hothead to delusional psycho and is so jealous and angry that he frames Pete for theft and makes sure that Pete and Lily can never be together.

After leaving Warner Bros., Ida Lupino came across this story (originally called The Dark Love) and then sold it to Darryl Zanuck at Fox as a vehicle for herself.

Not to be confused with the similarly named film starring Patrick Swayze.