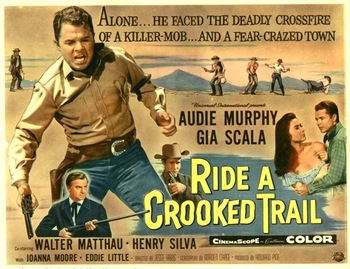 Ride a Crooked Trail is a 1958 Western film starring Audie Murphy, Walter Matthau, and The Guns of Navarone's Gia Scala.

Murphy plays petty criminal Joe Maybe, who is mistaken for the famous U.S. Marshal Tom Noonan and drafted by the crazy Judge Kyle (Matthau) to keep order in town.