Film / Night of the Demons 3 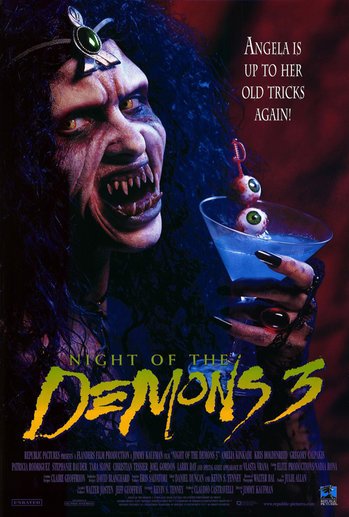 After a convenience store visit gone wrong, bunch of would-be Halloween partiers find refuge in the Hull house, and becomes targets for the demonic Angela.