Film / Night of the Demons 2 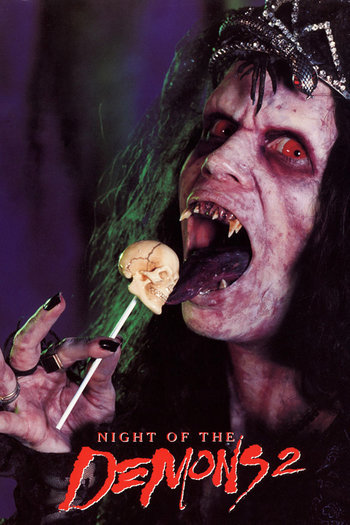 Several students at a Catholic school plan to have a Halloween party at Hull House, now infamous for the events of the first film, and set loose the now-demonic Angela.