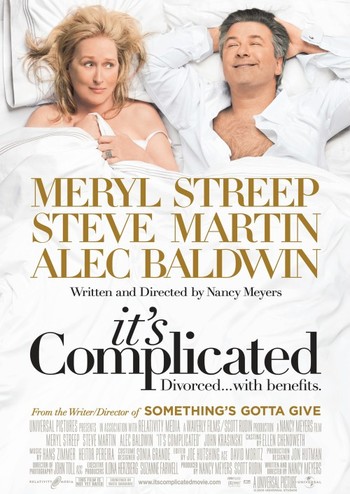 Jane Adler (Streep) is a mother of three who has been divorced from her husband Jake (Baldwin) for a couple of years. Reuniting at their youngest son's graduation, they're prompted to drunkenly sleep together and begin an affair. The only problem is that Jake has remarried, and Jane keeps catching the eye of an architect Adam Schaffer (Martin).