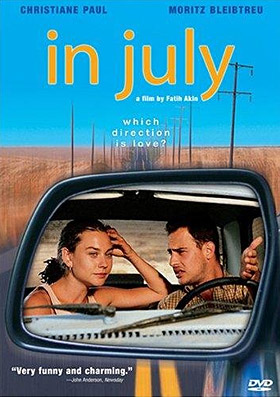 Daniel Bannier is a young teacher in-spe, who in contrast to everyone else plans to stay in Hamburg for the summer. Juli, a girl at the flea-market, is in love with Daniel and sells him a Mayan ring with a sun on it, claiming that it is a lucky ring and that he will meet a girl with a sun, who is the one he is destined to be with (Juli has a sun tattoo). A short time later he meets the beautiful Melek (Idil Üner). She is wearing a shirt with a sun on it, so Daniel takes her out to dinner and they have a good time, but unfortunately she has to leave the next day. She mentioned that she is meeting someone under a particular bridge in Istanbul on Friday, so Daniel decides to travel to Istanbul to meet her. Meanwhile, the dejected Juli decides to hitchhike to wherever the first car she sees is going. That car just so happens to be Daniel...