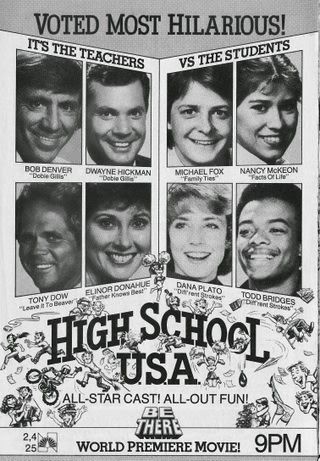 The film focuses on the intrigue inside Excelsior Union High School. Michael J. Fox plays J.J. Manners, who becomes enamored with Beth Franklin (Nancy McKeon), the girlfriend of Beau Middleton (Edwards), the class president and quarterback. Middleton is also the richest student, a spoiled young man who drives around in a brand-new convertible. The core story involves Manners and Middleton competing for the affections of Beth. Ultimately this rivalry culminates in a drag race between the two. The result of the race tips the balance and changes the face of the dynamics within the school irrevocably. In the end, J.J. ends up winning Beth's affections.

It was given the RiffTrax treatment in 2020. Not to be confused with the animated series of the same name.