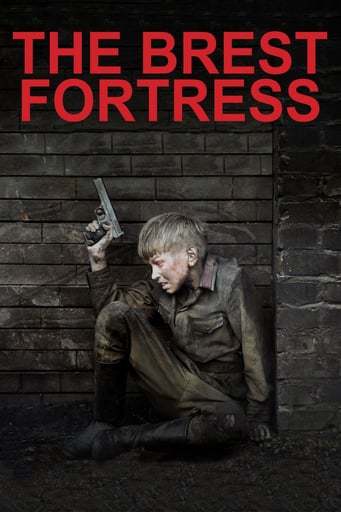 Fortress of War, aka The Brest Fortress, is 2010 film that was a co-production between Russia and Belarus.

It is an account of the siege of Brest

at the very beginning of World War II. Brest was an old brick fort on the River Bug on the frontier between Russia and Germany.note At no point does the film mention that Russia and Germany only had a frontier in the first place because they had collaborated in the destruction and partition of Poland in September 1939. The Germans captured the Brest fortress from the Poles in 1939 before handing it over to the Russians and then capturing it again in 1941. On June 22, 1941, Nazi Germany invades the Soviet Union. Like everyone else in Russia the soldiers defending Brest are caught by surprise, and they are unable to stop the Germans from entering the gate. However, those soldiers who survive the initial bombardment fight back, while trying desperately to protect the women and children trapped with them inside the fort. Soon they find out that they are far behind enemy lines. A grim, desperate siege follows.

Main characters include Lt. Andrey Kizhevatov, who has a wife and three children in the fort; Yefim Fomin, a Red Army commissar who finds on June 21 that his wife and kids were unable to join him because the train is full of Germans leaving the country; and Major Pyotr Gavrilov, who is desperately worried about the rumors of an impending German attack and begs his superiors to at least get the civilians out of the fort. All this is observed by Alexander "Sasha" Akimov, a 14-year-old orphan who is serving with the Soviet garrison as a tuba player in the regimental band.