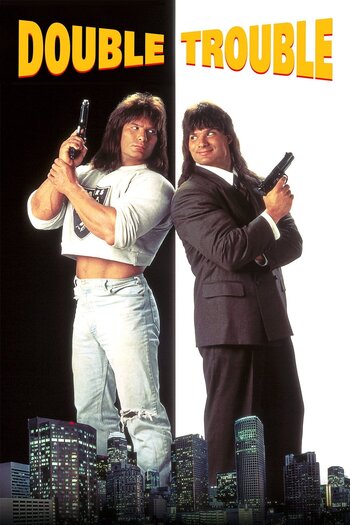 A Direct to Video action comedy film from 1992, directed by John Paragon (Pee-wee's Playhouse) and starring twin bodybuilders Peter and David Paul, aka "The Barbarian Brothers".

David Jade is a cop who greatly dislikes his brother Peter, a crook who is constantly causing trouble. Much to his displeasure, his higher-ups force him to work together with Peter after he steals an item that, unknown to him, is sought by the powerful crimeboss Chamberlain.

Not to be confused with the 1967 film of the same name starring Elvis Presley.