Fanfic / The Life And Times

"She was dramatic. He was dynamic. She was precise. He was impulsive. He was James, and she was Lily, and one day they shared a kiss, but before that they shared many arguments, for he was cocky, and she was sweet, and matters of the heart require time." 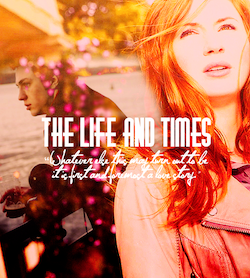 Fanwork about a Fanfiction. The amount of love for this story is unbelievable
Advertisement:

The Life and Times

is a Maurader-era fanfiction written by Jewels5 focusing on the developing relationship of a teenage Lily Evans and James Potter. It begins in their sixth year at Hogwarts and is expected to end at the end of their seventh year. There are currently 36 chapters, and there are expected to be approximately 50 chapters total. The main plotline follows the James/Lily romance, but multiple subplots are woven in. Of nearly 30,000 James/Lily stories on Fanfiction.net, The Life and Times has the most "favorites" by site users.

The Life And Times Contains Examples of: